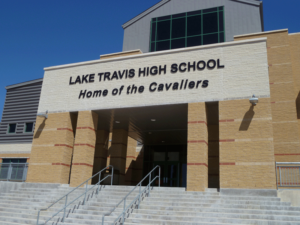 Having completed one of the most successful academic and athletic campaigns in school history, Lake Travis High School has earned the University Interscholastic League (UIL) Lone Star Cup for team performance in district and state championships during the 2011-2012 school year.

The prestigious honor is bestowed annually to five high schools in the state, one in each of the five UIL classifications (1A, 2A, 3A, 4A and 5A) based on points awarded for team performance in the following sanctioned UIL academic/athletic programs (in chronological order): Marching Band, Team Tennis, Cross Country, Volleyball, Football, Swimming and Diving, Basketball, Soccer, Golf, Track and Field, Academics, One Act Play, Softball, and Baseball. All UIL-member high schools in good academic and athletic eligibility standing are included for contention of the Lone Star Cup. Standings for the 2011-2012 school year became final July 1. The winning schools in each classification will receive a trophy and a $1,000 scholarship. 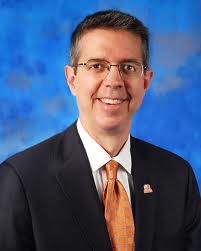 “This unique accolade demonstrates success in our programs, but more importantly, it is representative of the healthy balance that exists between academics, fine arts and athletics at Lake Travis High School,” said Dr. Brad Lancaster, LTISD superintendent. “This award cannot be won by any one program. Rather, it is a collective achievement to be shared by our students, teachers, staff and the LT community.”

Additionally, LTHS received the highest point total of any school in all classifications during the 2011-2012 school year. In Class 4A, Lake Travis was followed Dallas Highland Park, Friendswood, Montgomery, Waco Midway, Cedar Park, San Antonio Alamo Heights, Aledo, Northwest Nelson, and Canyon Randall. LTHS has placed in the top ten on numerous occasions since the Lone Star Cup was established in 1997. As a result of increased student enrollment, Lake Travis High School will officially enter Class 5A beginning this fall.

According to its website, the University of Texas originally created the UIL to provide leadership and guidance to public school debate and athletic teachers. Since 1910, the UIL has grown into the largest inter-school organization of its kind in the world. The UIL continues to operate as part of the University of Texas, under the auspices of the Vice President for Diversity & Community Engagement.

REALTOR® Brian Talley celebrates the achievements of Lake Travis schools. Brian helps homebuyers from Belterra to Barton Creek stay on top of the latest in area home trends. Looking for a new home in a great school district? See homes for sale in Lake Travis ISD.