The Lower Colorado River Authority Board of Directors approved spending an additional $17 million on a new Wharton County reservoir that will add 90,000 acre-feet of water to the region’s water supply. The approval is the second phase of funding for the project, which is estimated to cost a total of $215 million and be complete by 2017.

The goal of the reservoir is to ease demand on the release of water from the Highland Lakes. “The new reservoir is vitally important to the region, and this funding keeps the project moving forward,” said LCRA General Manager Phil Wilson. “LCRA serves one of the fastest-growing areas in the country, but the area also is prone to severe droughts. This new reservoir will help LCRA continue to provide a reliable water supply to the communities, industries, and other customers that depend on us.”

This will be the first new reservoir built in the basin in decades. It is located off the main channel of the lower Colorado River near the Texas coast, by Lane City in Wharton County. The 90,000 additional acre-feet per year translate to an approximate 15 percent increase in water supply.

Why does a coastal reservoir matter to Lake Travis residents?

The idea of this coastal reservoir is to capture water from the Colorado River before it enters the Gulf of Mexico. This will reduce the need for releases from Lake Travis and Lake Buchanan. While new reservoirs don’t increase the amount of water that falls into the basin, they can preserve what does fall into the basin, assisting the process of filling and retaining fullness of the rivers. 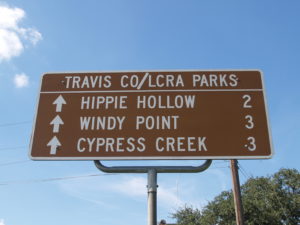 At near historic lows, Lakes Buchanan and Travis are the region’s main water reservoirs, providing water for over a million Central Texans, plus businesses and agriculture throughout the lower Colorado River basin.

The $17 million will fund the final design of the reservoir and initial infrastructure. A previously approved $18 million was used to purchase the property and conduct initial design, engineering, and permitting.